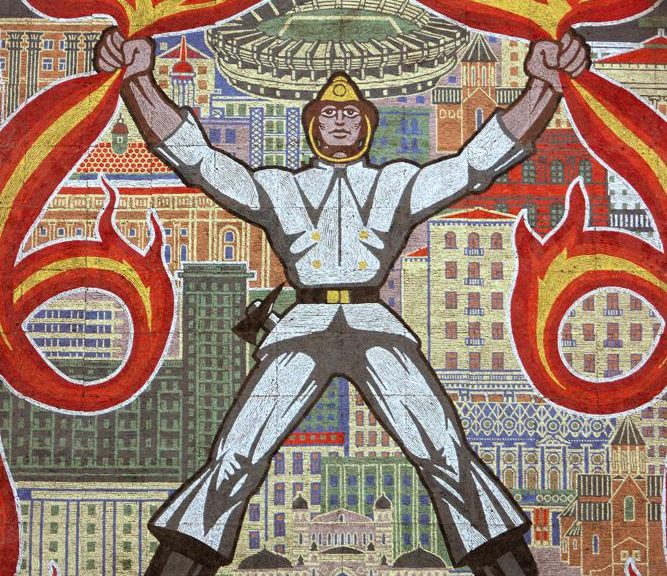 Any society worth calling “anarchist” is going to be one that can continually adapt to the needs and desires of the individuals within that society. This adaptation must also be to the interests of the entire community, not toward the limited aims of a specific class of people. There must be ceaseless social experimentation, and there must be incentives toward developing institutions that benefit everyone and weeding out those that don’t.

Editor’s Note: Individualist anarchism has often been described as a kind of “free market anti-capitalism.” Individualist anarchism supports a “free market” in the sense that it supports private property, money, commerce, contracts, entrepreneurship, and the profit motive. Not only do we oppose any violent repression of those things, but we welcome their presence as crucial to a free society. Individualist anarchism is “anti-capitalist” in the sense that it supports mutual aid, worker autonomy, and wildcat unionism. Any society marked by the domination of labor by capital is one that we oppose. Therefore, it’s important for individualists to show why libertarians and free marketers should oppose capitalism, and why leftists, anarchists, and anti-capitalists should support freed markets. This piece is the first in a series on specific arguments for the latter. This installment focuses on the cultural importance of the market process.

Any society worth calling “anarchist” is going to be one that can continually adapt to the needs and desires of the individuals within that society. This adaptation must also be to the interests of the entire community, not toward the limited aims of a specific class of people. There must be ceaseless social experimentation, and there must be incentives toward developing institutions that benefit everyone and weeding out those that don’t.

This requires markets, which are uniquely able to account for variation in ways that other, more deliberately constructed social arrangements cannot. That information-gathering function of the market process is typically just praised for its efficiency, but this overlooks its potential as an engine of social change.

To better understand this point, we can consider what an attempt at anarchist society without markets would look like. In such a community, all important resources[1] are either seen as being owned by the community at large, or not really “owned” by any one person in particular. Decisions about resource allocation are made through gift or democratic planning. Explicit trades, especially when mediated by some other good functioning as money, are either absent or extremely rare. (The world I’m considering is one that we might describe as anarcho-communist.)

Even assuming away efficiency issues, how can we expect this society to adapt to changing social conditions? Not well. When your source of food is either owned jointly by everyone or by no one in particular, difficult decisions must be made on its use. To prevent shortages, not everyone can always have as much as they want, and there must be a mechanism in place to keep enough for everyone. Given that social problems and oppressions can’t just be reduced to either the state or capitalism, such an arrangement is problematic.

This might not seem too awful when we’re talking about restricting away from some activity that we ourselves find repugnant. For example, refusing to allow a white supremacist to use the community-owned printing press in order to distribute his newsletter. Unfortunately, though, a society without the state and capitalism is not necessarily one of perfect people who understand and actively reject all kinds of oppression.[2] For instance, it seems likely that many communities will refuse to distribute medical resources toward providing sex reassignment surgery. Similarly, on a smaller-scale, one’s readiness or hesitancy to provide for another purely by gift is subject to those same forces.

An anarcho-communist might respond by emphasizing the “democratic” nature of the planning they favor, but this mistakes the nature of the problem. While face-to-face deliberation is likely to render more equitable arrangements than some Leninist model of overt command and control, it is also exactly the situation in which the more subtle aspects of privilege and oppression are most at play. Whatever more limited social evolution occurs will be tampered by the implicit biases that influence us in more direct forms of communication.

Those who are skeptical of this claim should think back on all the meetings and face-to-face deliberations of which they’ve ever been a part. At an individual level, people with more charismatic personalities are likely to have their views taken much more seriously. This is especially true when the person in question is white, male, cis-gender, heterosexual, able-bodied, and has received more formal schooling than others in the group. That these deliberations might have the official designation of “consensus” does not mean they were not subject to domination.

By contrast, two of the most important features of markets are radically decentralized decision-making based on distributed knowledge, and the availability of alternatives. In market transactions, one does not have to convince the community at large of the goodness behind one’s use of a given resource in order to use it, they just have to provide value for value.

Sometimes socially conservative circles will attack the depravity of “crass commercialism,” frightened by the way markets threaten the existing order’s values. There’s a good reason for that. When your acquisition, use, and trade of resources cannot be regulated, the effects of one’s less-favored social status are likely to not be nearly as awful. Within a market, people can act more directly on what they believe is genuinely best for them, even when the reasons for that are difficult to communicate to those in more privileged positions.

By creating new profit opportunities geared toward those preferences of the oppressed, the seemingly impersonal market process becomes a never-ending social critique, always backed up by immediate direct action. Adverse social pressures like bare intimidation are not absent in markets, to be sure, but they are much less powerful. While this is obviously an empirical claim beyond the scope of the present article, it seems plausible that much more progress has been made by defending the property rights of queer establishments and providing that space for autonomy than any explicit campaign against homophobia.

None of this is to say that mutual aid, joint-property, gift-economic activity, or social persuasion are bad things, nor that everything should be reduced to explicit contractual exchanges based in money prices. Any society worth living in will foster healthy networks of mutual aid that interact with one another through commerce, and often collective action is necessary for the most efficient kinds of market activity.[3] In a free society, I expect the lines between “market” and “gift-economic” arrangements to get blurrier and blurrier. The point here is just that that blurring can’t be a reduction to one or the other. Profit-seeking and solidarity both have to survive.

Communism has been called “the real movement which abolishes the present state of things.” Yet that description is better reserved for the market process. By constantly approaching equilibrium yet never reaching it, unchained economic activity is exactly the kind of social dynamic that radicals desire: permanent revolution. A market society is a society built on continuous self-creation, whose institutions are always kept in check by the looming threat of creative destruction. In so far as anarchism is the abolition of hierarchy, the production of anarchy requires the anarchy of production.

FOOTNOTES
[1.] By “important resources,” I mean the sorts of things that non-market anarchists would consider “private property” rather than “personal property.”
[2.] The problem is even worse when we remember that people who consciously reject systems of domination are also not perfect people, and are just as subject to having their own behavior infected by those same systems of domination that they reject.
[3.] I have in mind here something like radical labor struggle.