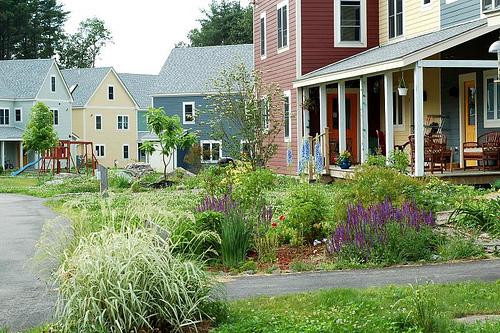 We live in a time of terminal crisis for centralized institutions of all kinds, including the two most notable members of the genus: states and large corporations. Both a major cause and major symptom of this transition is the steady reduction in the amount of labor needed to produce a given level of output, and consequently in total aggregate demand for wage labor. This shows up in shrinking rates of workforce participation, and a shift of a growing part of the remaining workforce from full-time work to part-time and precarious employment (the latter including temporary and contract work). Another symptom is the retrenchment of the state in the face of fiscal crisis and a trend towards social austerity in most Western countries; this is paralleled by a disintegration of traditional employer-based safety nets, as part of the decline in full-time employment.

Peak Oil (and other fossil fuels) is creating pressure to shorten global supply and distribution chains. At the same time, the shift in advantage from military technologies for power projection to technologies for area denial means that the imperial costs of enforcing a globalized economic system of outsourced production under the legal control of Western capital are becoming prohibitive.

The same technological trends that are reducing the total need for labor also, in many cases, make direct production for use in the informal, social and household economies much more economically feasible. Cheap open-source CNC machine tools, networked information and digital platforms, Permaculture and community gardens, alternative currencies and mutual credit systems, all reduce the scale of feasible production for many goods to the household, multiple household and neighborhood levels, and similarly reduce the capital outlays required for directly producing consumption needs to a scale within the means of such groupings

Put all these trends together, and we see the old model of secure livelihood through wages collapsing at the same time new technology is destroying the material basis for dependence on corporations and the state.

But like all transitions, this is a transition not only from something, but to something. That something bears a more than passing resemblance to the libertarian communist future Pyotr Kropotkin described in The Conquest of Bread and Fields, Factories and Workshops: the relocalization of most economic functions into mixed agricultural/industrial villages, the control of production by those directly engaged in it, and a fading of the differences between town and country, work and leisure, and brain-work and muscle-work.

In particular, it is to a large extent a transition to a post-capitalist society centered on the commons. As Michel Bauwens puts it, the commons paradigm replaces the traditional Social Democratic paradigm in which value is created in the “private” (i.e. corporate) sector through commodity labor, and a portion of this value is redistributed by the state and by labor unions, to one in which value is co-created within the social commons outside the framework of wage labor and the cash nexus, and the process of value creation is governed by the co-creators themselves. Because of the technological changes entailed in what Bauwens calls “cosmo-local” production (physical production that’s primarily local, using relatively small-scale facilities, for local consumption, but using a global information commons freely available to all localities), the primary level of organization of this commons-based society will be local. Cosmo-local (DGML = Design Global, Manufacture Local) production is governed by the following principles:

In this paper, we will examine the emerging distributed and commons-based economy, as a base for post-capitalist transition, at three levels: the micro-village and other forms of cohousing/co-production, the city or town as a unit, and regional and global federations of cities.